In the orange light-filled advertising corner : the oil and gas companies proclaiming new, untold riches beneath the melting Arctic. Technology will make us stronger, less polluting and improve the lives of the countless poor.

In the blue chain-smoking activist corner : Climate Change and Peak Oil are really, really serious, destabilising and horrible and we should all get depressed and go and lie down in a darkened room for a while.

On the other hand, most people don’t fall in one camp or the other. We worry about Climate Change some days, but we’re too pre-occupied with trivia on other days.

We have a natural in-built “happy button”, according to recent research mentioned in New Scientist magazine, so we can’t sustain feelings of doom and gloom for too long unless we’re clinically unwell :-

We’re born to be sunny, optimistic (Teddy Miliband’s favourite word) and relaxed, only reserving adrenalin and noradrenalin for times of stress.

So why does George Marshall try to convince us that everyone is dangerously susceptible to “apocalyptic” language ?

People can cope with being given bad news as long as they have some strategy with which to combat the problem.

It’s not wrong to tell people the truth about Climate Change just in case they get scared and worried.

Alarm is a good thing – I’d rather a fellow pedestrian shouted at me to “look out !” if I’m about to be mown down by a car as I cross the street, rather than just watching on and wincing at the crunch moment.

END_OF_DOCUMENT_TOKEN_TO_BE_REPLACED 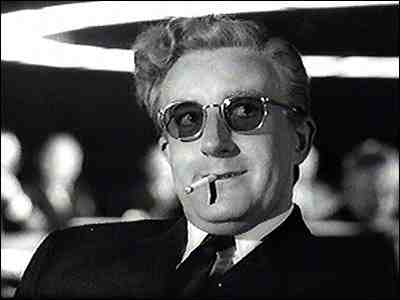 END_OF_DOCUMENT_TOKEN_TO_BE_REPLACED

Professor Mike Hulme is far too clever for most other people to understand.

He has spent many years trying to challenge dogmatism, undermine polarised extremes, create a broader church for Climate Change.

Trouble is, people tend to misuse his words.

Here he was, back in 2006, trying to unpick some alarmist tendencies :-

His intention, presumably, was to avoid the “doom and gloom” trap of people placing too much urgency on an apparent emergency, then being disappointed by political failure to rise to speedy action.

But, of course, his approach was picked up, warped, and propagated by those who want to delay action on Climate Change by pouring doubt on the Science.

Most famously perhaps, last year he went public on his view that the Intergovernmental Panel on Climate Change (IPCC) had run its course, (when of course it’s more necessary now than ever, and a Fifth Assessment Report has been commissioned) :-

Seems the world wants Mike Hulme to slip up.

Here’s a little something I concocted last year, when trying to get inside Mike Hulme’s mind :-

His personal statement on what he believes about Climate Change is here :-

It seems he is an obvious target for the Skeptical Brotherhood, as this week’s hyperbolic reaction to one of his publications has shown :-

Another trouble is, Mike Hulme’s own correction to the fabricated stories being carried by the Climate Change denier-sceptic websites doesn’t really clear anything up :-

“The IPCC consensus does not mean – clearly cannot possibly mean – that every scientist involved in the IPCC process agrees with every single statement in the IPCC! Some scientists involved in the IPCC did not agree with the IPCC’s projections of future sea-level. Giving the impression that the IPCC consensus means everyone agrees with everyone else – as I think some well-meaning but uninformed commentaries do (or have a tendency to do) – is unhelpful; it doesn’t reflect the uncertain, exploratory and sometimes contested nature of scientific knowledge.”

This is just going to heap fuel on the fire.

There are a number of websites that have covered this story along the lines of “IPCC insider says consensus was phoney”. If I were you, I’d anti-bookmark all these sources, as they are clearly unreliable :-

And of course, since the story is picked up by David Icke, it must be true and we should all believe it (irony alert) :-