The Earth keeps turning, the Sun keeps burning, and the future will look a lot different than today as we drag down Carbon Dioxide emissions “by hook or by crook”.

We have to be wary of possible “crooks”. There are still technology “snake oil salesmen” out there, trying to impose Genetically Modified crops on us, or Nuclear Power, or Carbon Capture and Storage (to justify the continued use of Coal), and using the vehicle of science to push their wares :-

“Climate change threatens UK harvest : Climate change could push up food prices by causing large-scale crop failures in Britain, the Met Office has warned. : By Louise Gray, Environment Correspondent : Published: 08 Oct 2010 : Rising temperatures could mean events such as the drought in Russia this summer, which pushed up grain prices, hit countries like the UK. But they said the worst effects of climate change could be limited by investment in better farming and the development of new drought resistant or heat tolerant crops. This could be done by aid money, breeding and new technologies like genetic modification (GM)…”

See the use of the word “biotechnology” in the actual research paper :-

But, as everybody can probably guess, most farmers in the world will not be able to afford Genetically Modified crops, and anyway, nobody really yet knows if GM crops confer the benefits claimed – there is some evidence that “life scientists” don’t know the full range of effects on organisms from gene splicing.

END_OF_DOCUMENT_TOKEN_TO_BE_REPLACED

The Climate Change narrative is being hijacked by several “special interests”, or rather “corporate public relations operations”, I have decided.

Let me take you round the loop one time to show you my logic on their warez. Note the dates of the pieces – Evidence A was quickly followed everywhere by Evidence B :-

“Aug 27, 2010 : Insecticide implicated in bee decline : Honeybees, bumblebees and many other insects are being slowly poisoned to death by persistent insecticides used to protect agricultural crops. Small doses of the toxic chemicals accumulate over time, meaning that there is no safe level of exposure. That’s the conclusion from recent research looking at the long-term effects of a commonly used class of insecticides. As they buzz from flower to flower, bees, moths and hoverflies carry out a vital job. Around one third of agricultural crops are pollinated by these busy insects, a service that is worth £440 m a year to the UK economy alone. But in recent years these valuable pollinators have been struggling, with populations plummeting worldwide. Honeybees in particular have been suffering, with colony collapse disorder (CCD) – a phenomenon where the bees desert the hive – becoming more common in Europe and North America. Controversy has swirled around the issue, and everything from mobile phones to GM crops have been blamed. Now new studies indicate that insecticides are playing a significant role. The most recent studies have exposed a variety of insects to varying doses of neonicotinoid insecticides over long time periods – 12 months or more. Neonicotinoid insecticides are widely used worldwide; they work by acting on the central nervous system of the insect…”

END_OF_DOCUMENT_TOKEN_TO_BE_REPLACED 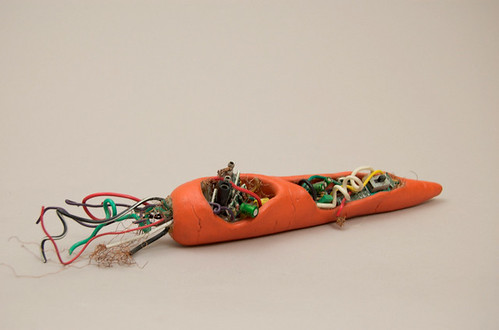