Just say no. No to Coal. And then no to all the other Fossil Fuels.

One of the worst ideas that anybody has ever had is to pull heaps of toxic chemicals out of the ground and spread them over the surface of one of the few countries that will remain habitable after the onset of deep Climate Change.

If the Global Warming doesn’t get you, then the mercury from the Tars Sands tailing ponds sure will !

“Oil sands toxins growing rapidly : Nathan VanderKlippe : Published on Monday, Aug. 09, 2010 : Canada’s oil sands mining operations produce vast and fast-growing quantities of deadly substances, including mercury, heavy metals and arsenic, new data released by Environment Canada shows. The information on pollutants sheds new light on the environmental toll exacted by Canada’s bid to extract oil from bitumen, showing in stark relief how many nasty substances are being laid on the northern Alberta landscape in the process – and how quickly those are growing. In the past four years, the volume of arsenic and lead produced and deposited in tailings ponds by the country’s bitumen mines – run by Syncrude Canada Ltd., Suncor Energy Inc., Canadian Natural Resources Ltd. and Royal Dutch Shell PLC – has increased by 26 per cent. Quantities of some other substances have increased at even faster rates. The companies also released huge amounts of pollutants into the air last year, including 70,658 tonnes of volatile organic compounds, which can damage the function of human organs and nervous systems, and 111,661 tonnes of sulphur dioxide, a key contributor to acid rain…The numbers “are just ridiculously huge,” said Justin Duncan, a staff lawyer with Ecojustice…”

Unconventional fossil fuels are just such a liability – using up precious freshwater resources and depositing toxic waste just about everywhere.

“EPA moves NY drilling hearing, expecting crowds : By MARY ESCH : ALBANY, N.Y. : In anticipation of as many as 8,000 people at a public hearing on natural gas drilling, the Environmental Protection Agency announced Monday that it was moving it from Binghamton University to a Syracuse convention center 65 miles north. The hearing is the fourth and last by the EPA around the country to get public comment on its study of hydraulic fracturing of natural gas wells. Critics say the technology, which blasts chemical-laced water into the earth, could poison water supplies. The industry says it’s been used safely for decades. The EPA said 300 people have signed up to speak at Thursday’s sessions and 1,200 are expected to attend…Advancements in horizontal drilling and hydraulic fracturing, or fracking, significantly increased yield from shale gas wells and led to the current natural gas boom, starting with the Barnett Shale in Texas. The technology has drawn intense scrutiny since the focus of gas drilling companies has shifted in recent years to the Marcellus Shale, a massive rock formation underlying New York, Pennsylvania, Ohio and West Virginia. Environmental groups, residents and civic leaders fear potential contamination of watersheds in the densely populated region if fracking isn’t more tightly regulated. Fracking was exempted from the Safe Drinking Water Act in 2005 after an earlier EPA study declared fracking wasn’t a threat to water supplies. That study has since been criticized as flawed. The new EPA study, to be completed in 2013, could lead to new federal regulations. However, the industry says state regulation is sufficient and has worked well…”

Seems like BP America’s favourite unconventional fossil fuel is out of control.

It transpires that Carbon Dioxide levels during some of the “hot house” periods of Earth history may have been relatively low.

Is it possible that hellish conditions could emerge from having a concentration of 1,000 ppm of Carbon Dioxide in the Atmosphere ?

Some projections have residual airborne levels of Fossil Fuel and deforestation emissions reaching that kind of count by the year 2100.

Are we willing to risk it ?

END_OF_DOCUMENT_TOKEN_TO_BE_REPLACED

It’s easy to stay on top of the heap – just throw rocks at everybody trying to climb The Hill.

Fossil Fuels are free when they come out of the ground, but exact a heavy price on the Environment – a cost that cannot be measured in Money – since wealth is made from Fossil Fuel Energy.

Unless we cut the thread – the causal relationship between Energy use and Carbon Dioxide emissions – then we will all lose wealth – from the destruction of the natural environment.

The only practical answer is to reduce the amount of Fossil Fuel that is burned. But that would impoverish us. So we need to have Zero Carbon Energy to replace Fossil Fuel Energy.

Renewable Energy is the only source of future wealth.

END_OF_DOCUMENT_TOKEN_TO_BE_REPLACED

Well, judging by this week’s slalom race on the melting Climate piste, I’d say it will be a good few years yet before a functioning international Carbon market will be viable, and a good few years after that that it will start to deliver any real reductions in emissions.

That could easily take us past 2015, the year that Kevin Anderson of the Tyndall Centre knows we have to peak our emissions or face Climageddon (unless we can produce negative emissions. Yeah. Right.) :-

END_OF_DOCUMENT_TOKEN_TO_BE_REPLACED 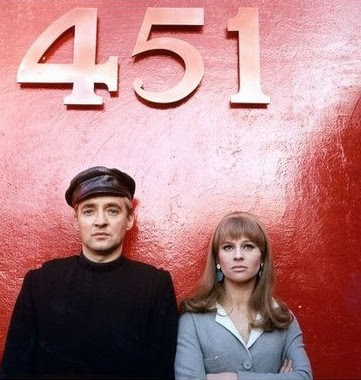 Sometimes you can learn a snippet of useful information from television. It’s rare, and fleeting, but can have impact.

The other night on terror-vision, I watched the sumptuous Fahrenheit 451, a film made in 1966 by Francois Truffaut, based on the science fiction book by Ray Bradbury. I forget which channel it was on. Who cares ? All television is the same in the end.