By the time this child is five years old, the world should have agreed to control Carbon Dioxide emissions.

Net greenhouse gas emissions to air should have peaked, and be on the decline by the time this child starts school.

It’s up to us to care for our children.

If we don’t take steps to stop the ocean becoming increasingly acidic, we will have destroyed part of the food chain, and people will go hungry in greater numbers than they do now :-

“August 2010 : Scientific American Magazine : Threatening Ocean Life from the Inside Out; August 2010; Scientific American Magazine; by Marah J. Hardt and Carl Safina : …As researchers, we were concerned about the underappreciated effects of changing ocean chemistry on the cells, tissues and organs of marine species. In laboratory experiments at the University of Gothenburg in Sweden, Havenhand had demonstrated that such changes could seriously impede the most fundamental strategy of survival: sex. Ocean acidification—a result of too much carbon dioxide reacting with seawater to form carbonic acid—has been dubbed “the other CO2 problem.” As the water becomes more acidic, corals and animals such as clams and mussels have trouble building their skeletons and shells. But even more sinister, the acidity can interfere with basic bodily functions for all marine animals, shelled or not. By disrupting processes as fundamental as growth and reproduction, ocean acidification threatens the animals’ health and even the survival of species. Time is running out to limit acidification before it irreparably harms the food chain on which the world’s oceans—and people—depend.”

And global warming will only make the problem worse :-

“Abstract : Ongoing global warming could persist far into the future, because natural processes require decades to hundreds of thousands of years to remove carbon dioxide from fossil-fuel burning from the atmosphere. Future warming may have large global impacts including ocean oxygen depletion and associated adverse effects on marine life, such as more frequent mortality events, but long, comprehensive simulations of these impacts are currently not available. Here we project global change over the next 100,000 years using a low-resolution Earth system model, and find severe, long-term ocean oxygen depletion, as well as a great expansion of ocean oxygen-minimum zones for scenarios with high emissions or high climate sensitivity. We find that climate feedbacks within the Earth system amplify the strength and duration of global warming, ocean heating and oxygen depletion. Decreased oxygen solubility from surface-layer warming accounts for most of the enhanced oxygen depletion in the upper 500 m of the ocean. Possible weakening of ocean overturning and convection lead to further oxygen depletion, also in the deep ocean. We conclude that substantial reductions in fossil-fuel use over the next few generations are needed if extensive ocean oxygen depletion for thousands of years is to be avoided.”

Over at Science Mag, Richard A. Kerr is trying to tell us not to panic, everything’s going to be OK, really, with a “more balanced message”. The net effect on me, personally, is to be exceptionally, yet rationally, very concerned indeed :-

“Science 6 August 2010: Vol. 329. no. 5992, pp. 620 – 621 : DOI: 10.1126/science.329.5992.620 : NEWS FOCUS : CLIMATE CHANGE: ‘Arctic Armageddon’ Needs More Science, Less Hype : Richard A. Kerr : Methane is a powerful greenhouse gas 25 times [23 times, Richard] more potent than carbon dioxide, and the ongoing global warming driven by carbon dioxide will inevitably force it out of its frozen reservoirs and into the atmosphere to amplify the warming. Such an amplifying feedback may have operated in the past, with devastating effects. If the modern version is anything like past episodes, two scientists warned earlier this year, it could mean that “far from the Arctic, crops could fail and nations crumble.” Yet, with bubbles of methane streaming from the warming Arctic sea floor and deteriorating permafrost, many scientists are trying to send a more balanced message. The threat of global warming amplifying itself by triggering massive methane releases is real and may already be under way, providing plenty of fodder for scary headlines. But what researchers understand about the threat points to a less malevolent, more protracted process.”

Deliberately toning down a warning is something that piques my propaganda radar. This is a prime case of “hiding the incline”…

END_OF_DOCUMENT_TOKEN_TO_BE_REPLACED 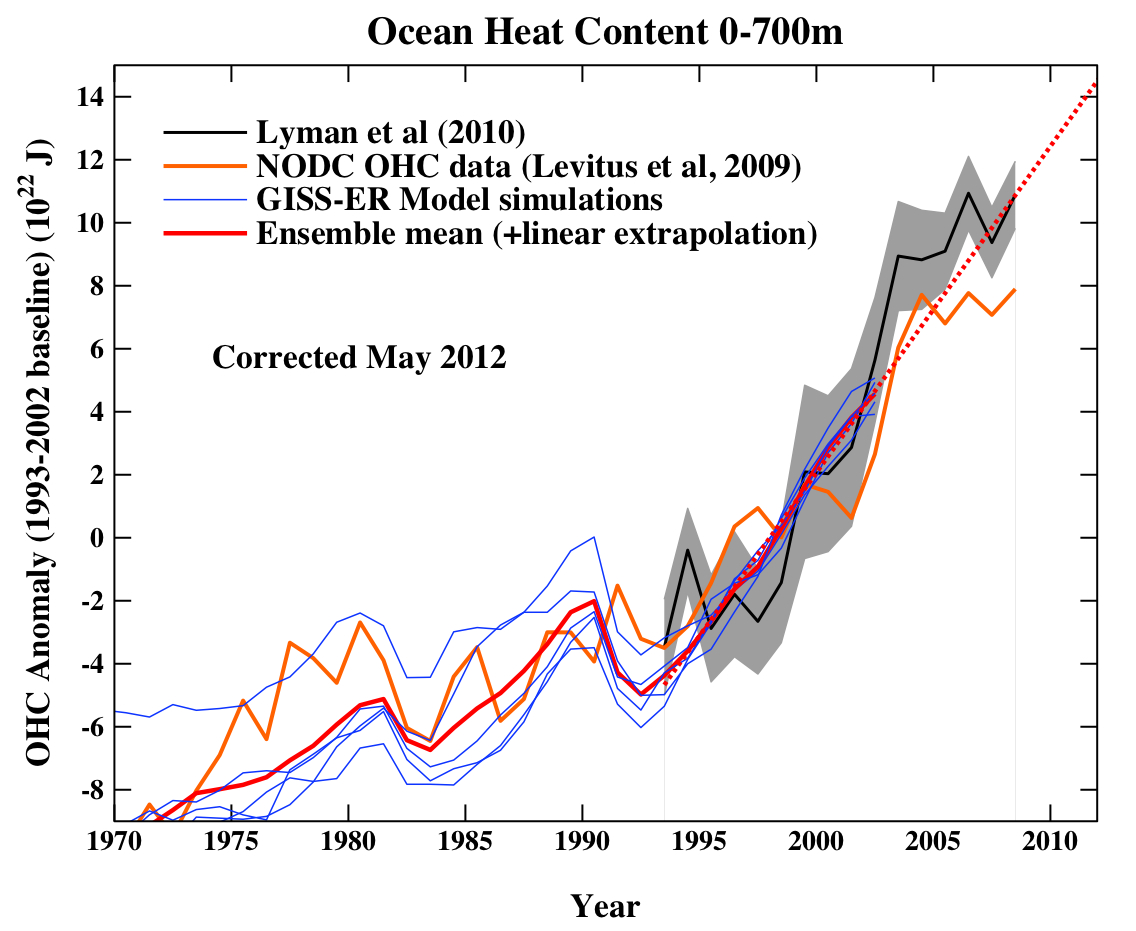