From the consistent and unrelenting rise in global carbon dioxide emissions, you would never have guessed that there’d been a downturn. But that’s because energy is cheap, and easily substitutes for economic production, labour and resources – within limits.

Fiona Harvey has gathered and presents some astonishing admissions from various key speakers on the issue of emissions, ahead of the annual mid-year United Nations climate change talks in Bonn :-

“Worst ever carbon emissions leave climate on the brink : Exclusive: Record rise, despite recession, means 2C target almost out of reach : Fiona Harvey, Environment correspondent, guardian.co.uk, Sunday 29 May 2011 : Greenhouse gas emissions increased by a record amount last year, to the highest carbon output in history, putting hopes of holding global warming to safe levels all but out of reach, according to unpublished estimates from the International Energy Agency. The shock rise means the goal of preventing a temperature rise of more than 2 degrees Celsius – which scientists say is the threshold for potentially “dangerous climate change” – is likely to be just “a nice Utopia”, according to Fatih Birol, chief economist of the IEA. It also shows the most serious global recession for 80 years has had only a minimal effect on emissions, contrary to some predictions…”

Another worry is that by the end of this year, emissions may have risen without generating adequate food production to feed humanity (and their livestock) – it appears that there may well be further crop-damaging disruptions in the general weather conditions throughout 2011. 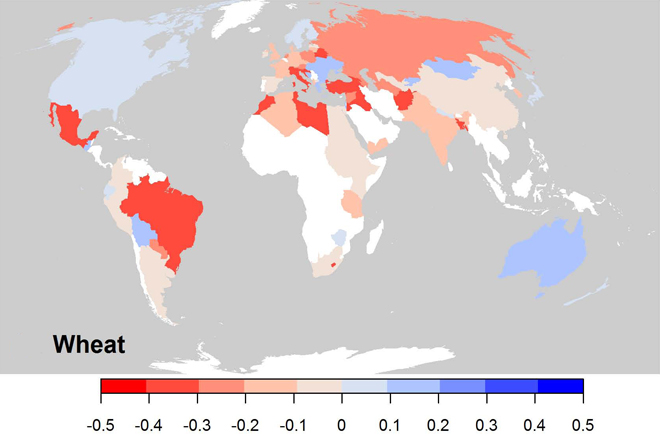 “Hot and bothered” won’t even be the half of it.