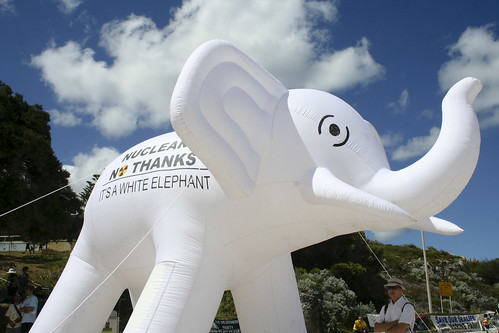 4am Tuesday morning, the Sizewell B nuclear power plant is shut down due to engineering safety concerns.

7am Wednesday morning, anti-nuclear power protestors block the entrance to the power plant.

Theoretically, a nuclear reactor or electricity generator can be partly shut down relatively quickly, and relatively safely.

But is it really flexible in all respects ?

If a nuclear power generator has to “load follow”, and operate flexibly, the price of the power produced will be higher – because most of the costs of nuclear electricity generation are fixed over time.

For this reason, most nuclear reactors are run as “baseload” – kept in operation all the time.

In France they operate some of their nuclear power plants “flexibly”, but it’s not clear how expensive this makes the power – the nuclear electricity industry is financially supported by the government in France, although opinion varies as to how much :-

“All countries face similar issues related to accident risk, radioactive waste management, and plant financing. All have adopted a range of subsidies that attempt to make the new plants appear financially viable, though some countries, such as France and China, do not publish enough information to get a good handle on how big the public support really is…”

If the United Kingdom were to convince energy companies that investing in new nuclear power in the country would be financially advantageous for them, then would nuclear electricity prevent the development of genuinely flexible renewable energy systems ?

It has to be borne in mind that the currently proposed 10, no, 11, no, 8, well, however many new nuclear plants, are only a replacement programme for the nuclear power stations that must be decommissioned in the next 15 years due to safety concerns. They wouldn’t give us anything better than we have now, and sometimes, right now, generation management can be a mess if big generators fail suddenly :-

Now would be a great time to abandon the really-rather-inflexible-and-expensive nuclear power in favour of developing genuinely responsive constantly low-cost tidal, marine and wind resources in the UK.

A lot of people agree with this idea, it seems :-

“Nuclear power station petition hits 10,000 signatures : 9:20am Thursday 27th January 2011 : CAMPAIGNERS fighting plans for a new nuclear power station in Bradwell have got 10,000 people to sign a petition against the plans. The petition, led by West Mersea pressure group Banng (Blackwater Against New Nuclear Group), will be passed to MP Charles Hendry, minister for energy at the department of energy and climate change in London on Tuesday…”

The Coalition Government have made it clear that there will be no (overt) subsidies for Nuclear Power, although there’s a little loophole in their proposals for the Energy Bill :-

“Enabling investment in low carbon energy supplies… 26. The proposals in the Bill will amend the existing powers in the Energy Act 2008 that allow the Secretary of State to modify a nuclear operator’s Funded Decommissioning Programme. The proposed amendments will provide an enabling power that will allow the Secretary of State to enter into an agreement at the time a Funded Decommissioning Programme (FDP) is approved that will set out the manner in which he will exercise his powers to modify an FDP in accordance with the principle of securing prudent provision. The aim of this amendment is to ensure that there is an appropriate balance between the Secretary of State’s powers to protect the taxpayer and the operator’s need for clarity over how those powers will be exercised…”

There’s also a bit of a loophole in the Coalition Government’s Electricity Market Reform proposals :-

See pages 4 to 8 – the “Executive Summary” – and remember, where you see the expression “low carbon technologies”, or “low carbon generation”, that concept includes nuclear power.

And Sizewell B ? Still offline :-

Nuclear power plants. If we can’t rely on them, why do we want them ?

And if they’re not very safe, why don’t we focus on things that are ? 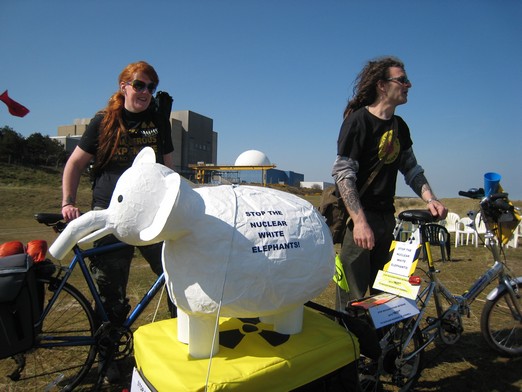