What’s wrong with this picture ? Although it has been amended in the online version (click the picture for the link), the latest United States Geological Survey of the Levant Basin in the East Mediterranean completely omitted to label Gaza :-

The file is downloadable from here :-

Why is this important ? The most significant Natural Gas finds in the Eastern Mediterranean are technically in Gazan maritime territory.

Here is a representation of the United Nations International Maritime Borders, which marks out the sea territory for Israel, not paying attention to the fact that Palestine has a coast :-

But here’s what it should include : Gazan maritime territorial boundaries :-

But the Israeli military authorities infamously restrict even fishing to a narrow three mile stretch close to shore, since early 2009 :- 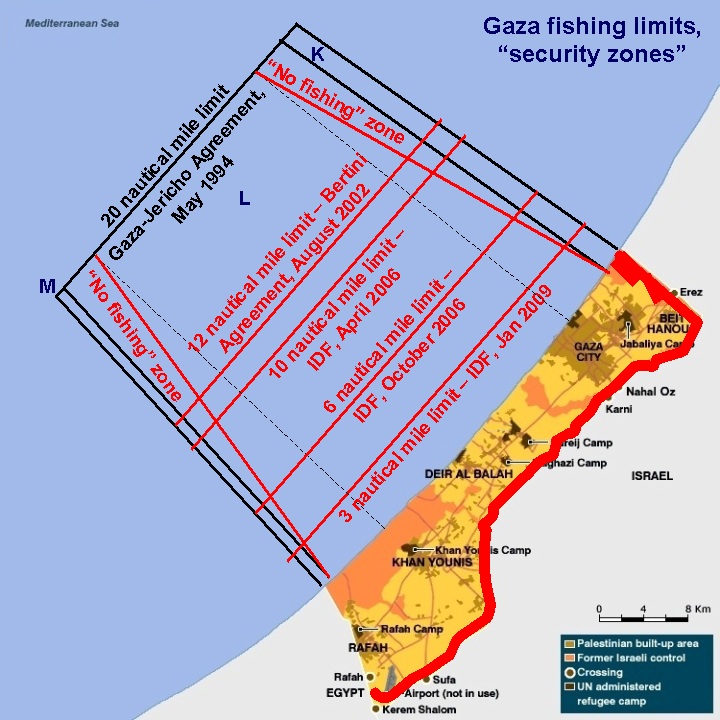 Gaza is not permitted to exploit the fisheries or Fossil Fuels offshore in its own slice of the Mediterranean.

My basic research into this matter has uncovered that the State of Israel appears to be deliberately preventing Gaza making a claim on these resources.

I have also noted an unsettling relationship between certain key military activities of Israel and key dates in the discovery and exploitation of the Fossil Fuels offshore.

Thanks for this interesting presentation. I am interested in this subject and would like to know if you have any further details about it. I should be grateful if you would forward any details to the above email, or direct me to any on line sources of information.