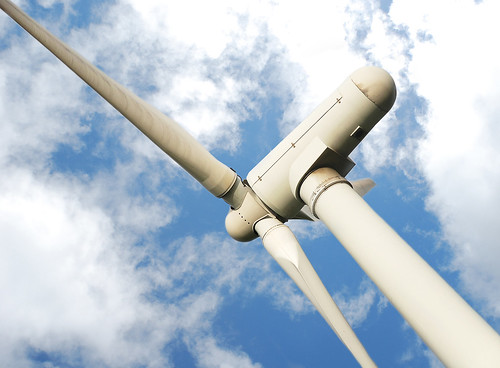 I haven’t noticed any of the major medical agencies coming out with statements of their own regarding Nina Pierpoint’s theories about the health disbenefits of wind turbines. That rather leads me to suspect there’s not much to this supposed problem that she documents :-

“One doctor’s quest to sound the alarm on ‘wind turbine syndrome’ : by Jonathan Hiskes : 16 Nov 2009 : By the time the pediatrician Nina Pierpont settled in upstate New York, she had already built a rather diverse and full career. As the Connecticut native tells it, she studied birds in the Amazon jungle on her way to earning a Ph.D. in behavioral ecology, then enrolled in medical school, completing a degree and practicing among Navajo Indians and Yup’ik Eskimos. Then she and her husband moved to Malone, N.Y., a small town just 11 miles from the Quebec border, where she opened a pediatric practice. Over the last several years she has reinvented herself again. Upon hearing about a proposal for a nearby wind farm, Pierpont began looking into effects of wind turbines related to her expertise—medicine. She tracked down others who lived near wind projects—two families in England, five in Canada, one in the U.K., one in Italy, another in the U.S. All 38 people had previously complained about health effects they blamed on wind farms. Several had since moved away. When Pierpont interviewed them by phone, they reported symptoms that included headaches, nausea, insomnia, visual blurring, vertigo, and panic attacks. Pierpont came to believe that the cause was infrasound, a type of low-frequency sound inaudible to humans except at very loud levels (think the opposite of a high-pitched dog whistle). Residents weren’t merely hearing the thrum of turbines, she concluded, they were feeling it as an imperceptible vibration in their bodies. This was disrupting the inner-ear vestibular system—the body’s chief tool for balance and spatial orientation. “These feed back neurologically onto a person’s sense of position and motion in space, which is in turn connected in multiple ways to brain functions as disparate as spatial memory and anxiety,” Pierpont, 54, writes in a forthcoming book…”

The rustling of leaves could, apparently, affect noise detection of wind turbines. That means they are rather quiet, then :-

As to whether wind turbines affect radar is another fly in the great salve of Climate Change : a wonderful windy future for energy :-

or at least, that’s what anti-wind farm people say (and some people in the militaries).

So check out the photographic evidence of aeroplanes safely taking off and landing at an American airbase in this document, with wind turbines on the ridge :-

The Idaho National Laboratory says “We can co-exist” :-

And the UK’s Qinetic (a military spin-off private company) reckons they can create “stealth turbines”, although that could make them completely invisible on the radar screens, so not without risk :-

The American and British military just can’t seem to hold their tongues about their, I think, unfounded fears :-

“Martin O’Malley, the governor of Maryland, would like to see offshore wind power developed off the cost of his state, but the U.S. military has expressed fears that the turbines could “disrupt flight and weapon test ranges, as well as erroneously appear on radar as unidentifiable aircraft.” Three military bases in the region are using that area in the Atlantic for training missions and flight tests.”

Here’s an idea : wind turbines don’t actually change their location. It should be pretty easy to spot where sparkly screen wind turbine “clutter” was coming from and radar-locate it to the precise coordinates of where the known turbines stand, thus eliminating them from red flagging.

Looks to me like another non-problem asking for a non-solution.

Just get on and build the wind farms ! We don’t have much time to waste.