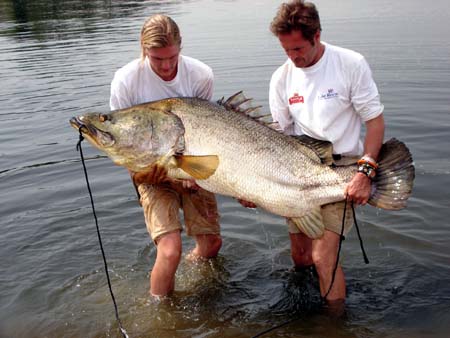 In the matter of the BBC and balance in the reporting of Climate Change, I believe they might have lost their perch. Admittedly, it wasn’t a very large perch – and some were swaying in any breeze that came along. But to invite one of the fringiest of the fringe of science “sceptics” onto a Radio 4 broadcast on the day of the publication of the Intergovernmental Panel on Climate Change Fifth Assessment Report Working Group 1 demonstrates that the BBC policy on achieving a suitable, accurate and appropriate fulcrum in the balance of science reporting is an ex-policy, a former policy, gone and pushing up the Cleeseian daisies.

Citizens have been piqued, annoyed, needled, frustrated, despairing and, frankly, appalled, and some measures have been taken to remonstrate with the BBC. One such is below. Dear Reader, your comments on the subject of media balance are welcome, unless of course you haven’t read any Climate Change science and think it’s all a hoax, that the scientists are lying, and the Earth’s climate has always gone in similar cycles to the current warming, think that Global Warming is undergoing a “pause” etc etc – because you’re wrong. Plain and simple. If you don’t accept Climate Change science, if you haven’t read any of the relevant research papers, if you haven’t taken the trouble to understand what it’s all about, you are likely to be a clanging gong, a thorn in the side, and your views may well signify nothing, and certainly shouldn’t be aired in a public broadcast without challenge.

It is time for the BBC to stop inviting Climate Change science “sceptics” – no, “deniers” onto their programmes. Once and for all. I mean, to go all Godwin on you, the BBC wouldn’t invite Adolf Hitler onto their shows to comment about the contribution that Judaism has brought to humanity, or to deny the Holocaust ? And they wouldn’t invite the CEO of a cigarette manufacture company on to insist that smoking doesn’t cause lung cancer, would they ? There is a bar, a standard, to which the BBC should aspire, on science reporting, and I feel that in this case they slid disgracefully under it and landed in a stinky puddle of failure on the studio floor. The programme editors should be ashamed, in my honest opinion.


Open letter to Tony Hall, Lord Hall of Birkenhead and Director General of the BBC, on the platform given to Prof Bob Carter on the World at One programme (Fri 27th Sept 2013)

We, the undersigned scientists and engineers, write to condemn the appearance of Prof Bob Carter on BBC Radio 4’s World at One programme, and to urge the BBC to seriously rethink the treatment given to climate change in its factual programming, and particularly its coverage of the Intergovernmental Panel on Climate Change’s Fifth Assessment Report.

The BBC, uniquely amongst broadcasters, has a public duty to provide a balanced coverage of news across its media channels, yet when it comes to its coverage of climate change it has frequently failed to do so. Furthermore, the BBC’s status as a trusted source of news means that damage done by its biased reporting of the overwhelming evidence of the certainty and significance of man-made climate change is inexorably greater. Not only does this damage public trust in climate science, but it also damages public trust in scientific evidence in general. This assertion is even supported by the BBC’s own surveys on public attitudes to climate change.

The IPPC’s Assessment Reports represent the consensus of evidence and opinion from thousands of scientists and engineers around the world, working in all of the many fields encompassed by climate change. That consensus is overwhelmingly of the view that the evidence that human activities are driving changes in our climate at an unprecedented rate and scale – there is no ‘climate debate’ in the scientific community.

The appearance of Prof Carter on the World at One, and that of climate change deniers on other BBC programmes, is the equivalent of giving a stork the right to reply on every appearance by Prof Robert Winston. Prof Carter is a geologist who speaks for the “Nongovernmental International Panel on Climate Change”, or NIPCC, a name which non-experts could be forgiven for confusing with the IPCC, however Prof Carter is not a climate scientist and the NIPCC is not the IPCC.

Indeed, had the editors of the World at One bothered to check the credentials of the NIPCC they would have realised that far from being an independent organisation, it is backed by the Heartland Institute, a US-based free-market thinktank that opposes urgent action on climate change, which is itself opaquely funded by ‘family foundations’ suspected of having significant vested interests in undermining climate science. To return to the analogy, that stork would be funded by the Discovery Institute.

For climate scientists, and those of us working in related fields, it is hard enough to accept that the BBC is required to give a platform to politicians whose lack of knowledge of climate science is matched only by their unwillingness to ‘use sound science responsibly’. When the Environment Secretary Owen Paterson describes climate change as “not all bad” he may be committing an abuse of the evidence and his position, but he at least does so with the rights and responsibilities of a democratically elected Member of Parliament. However when deniers such as Prof Carter use the media to argue that the scientific consensus on climate change is anything but overwhelming, the evidence on which they claim to be basing their arguments, and their sources of funding, are frequently left unrevealed and unquestioned.

The BBC should now issue an explanation for the appearance of Prof Carter and the treatment given to his opinions on a flagship news programme. Furthermore, it should urgently review the treatment of climate change across all of its outputs, and require full disclosures of any and all vested interests held by commentators on the subject. Finally, it should also ensure that the editorial boards covering all its scientific outputs include members with appropriate scientific backgrounds who are able to give independent advice on the subject matter, and that their advice is recorded and adhered to.

Ruth Jarman MA (Oxon) Chemistry, Member of the Board of Christian Ecology Link