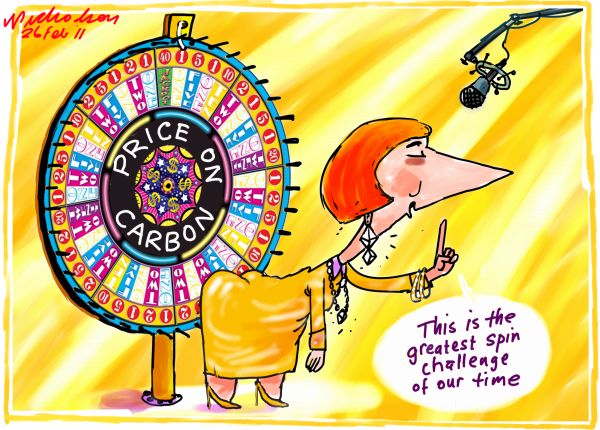 from: Jo Abbess
to: Andrew Pendleton

…I don’t like being told that carbon should be priced to solve climate change, because I simply don’t think it will work. All attempts so far haven’t worked, and for one very simple reason – nobody wants to be forced to buy a negative, virtual commodity.

What’s the name of your Harvard economist again ?

Here’s my essay looking into just the shallows of carbon pricing :-

My conclusion concludes with “Trading emissions rights does not appear to be capable of delivering the full low carbon transition. The carbon market is displacement activity. We should be paying for what we want to happen, not for what we don’t.”

from: Andrew Pendleton
to: Jo Abbess

The Harvard economist is Philippe Aghion who is an exponent of endogenous growth theory which suggests that although technological change is inherent to growth, classical economics treats innovation as an externality (Stern said this too).

Here’s his paper relevant to climate change but note he’s written more since and lots more that is just generally about the technology externality:

But although Aghion believes that government-backed investment in clean technology is essential because otherwise we will build on the shoulders of the carbon intensive giants, he still holds that you need carbon pricing to lock change into the system.

I confess I’ve never seen a single, credible paper in this area that dismisses entirely the need for pricing carbon in some way. But I think the trouble is that climate policy has so far been built on emissions trading and/or taxation without doing enough subsidisation and investment and in fact we should view policy the other way around.

to: Andrew Pendleton
from: Jo Abbess

Thanks for the paper.

My vision is that we can try to get a strategy for green economic development that brings as many people as possible onto the same page willingly.

Many corporations are against the notion of carbon pricing, including the energy producers. Obviously. And they take great pains to make sure it doesn’t happen or won’t affect their share price and profits. Companies such as BP and Royal Dutch Shell know full well that there is active resistance against carbon pricing/trading or taxation of any kind, which is exactly the reason they and their economists propose it – I think – knowing it won’t go anywhere. Some believe that the European Union Emissions Trading Scheme has experienced cartel activity against its effectiveness. The ETS has been remarkable by its failure and the frauds perpetrated on the exchanges.

Many public commentators, special interest groups and peoples representatives are also against the notion of carbon pricing, because of its regressive nature – costs to energy producers often (no, always) get passed on to consumers. It’s a political bog proposing to add to the end costs of energy.

How to get more people on-side ? Stop trying to apply the wrong economic theorems ! Marginal charging is a good thing when the environmental bad is a very small part of the economy and easily substitutable. It really can influence behaviour when people can say – oh – see – these high tar cigarettes are more expensive than these low tar cigarettes. Or, if I buy the electric option on my new car I won’t need to pay [the central London] Congestion Charge. However, when there is no opportunity for quick substitution at the point of sale, price differentials don’t work. Carbon pricing is not making coal power unprofitable, for example.

We don’t need to charge a tax for fossil fuels and coal, to attempt to create a disincentive, because going out ten years from now, they will most likely be relatively more expensive than other options. Plus, it’s very hard to apply carbon pricing to the big decisions about generation plant – as there’s so much lobbying to be exempt from carbon pricing.

To get more people on the same page, it is only necessary to establish that fossil fuels and carbon are likely to carry on getting more expensive and tricky to mine. When they see that opex is likely to keep on getting more costly, they will reconsider their attitude to investment, and how best to place capex.

I think the Son-of-Kyoto Protocol should ditch the notion of “flexible mechanisms” altogether, since carbon trading isn’t working, and carbon credit creation is stuck in a rut (World Bank Development Report 2010 page 262).

To make real carbon emissions reductions in the developed countries requires an entire re-orientation of the investment schedules in energy and infrastructure. That won’t be brought about by carbon pricing, which is just a nuisance.

Attempting to charge for a non-existent, negatively valued commodity such as carbon dioxide in emission is an Emperor without clothes problem, I think. And a majority of the Daily Mail, Daily Telegraph and Daily Express readers will probably agree with me on that. I just need to convince them that wind power and solar power work, and also Renewable Gas (for just one example check out Audi’s eGas) and then we will all have the same plan for the future.

The only way to re-capture the opportunity for economic growth is by creating new wealth, in new assets. These are going to come from, in order of priority, negawatts (energy conservation on a wide scale), renewable energy and energy efficiency. That’s not going to be done by carrying on with the same model of industry as before. Carbon is a liability in so many ways, even without carbon pricing.

Carbon pricing is a meme borrowed from previous generations of environmental taxation, but wrongly applied in an inappropriate setting…

Naturally enough, there are potential pitfalls in my approach :-

1. Energy producers and energy suppliers don’t want to sell less of their products – they will resist energy conservation.

The answer to this problem is to convince them that Peak Oil is real, in fact, all of Peak Oil, Peak Natural Gas, Peak Coal and Peak Uranium are likely in the next few decades. They just won’t have the energy to sell in future if they don’t diversify their business to selling energy services rather than energy; or if they don’t diversify to selling renewable energy rather than fossil fuel and nuclear energy.

2. Energy conservation and energy efficiency may well spur the uptake of energy as an input to other, novel, economic production.

This is widely called Jevons Paradox. Energy rationing is probably the answer to this, but nobody wants to hear it. However, we don’t need energy rationing because of Peak Oil, Natural Gas, Coal and Uranium – “Peak Energy”.

Actually, energy prices are not likely to collapse, even with massive energy conservation. The reason ? Everybody has turned from investing in property stocks and shares to energy, food and soon, water.

From the Acemoglu, Aghion, Bursztyn and Hemous paper :-

“(ii) optimal policy involves both carbon taxes and research subsidies, so that excessive use of carbon taxes is avoided;”

The word “subsidy” needs to be reclaimed – “targeted investment” or “getting us over the new asset investment hurdle” or something similar.