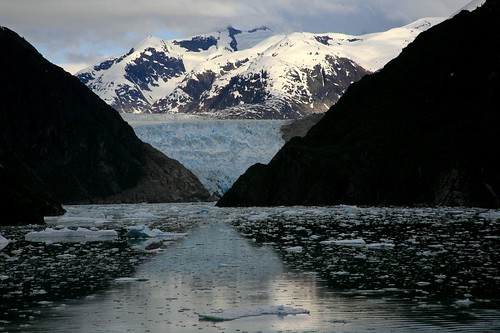 Yawn. Yet another anti-Science web log page floats into my field of vision. It’s so…boring, trying to keep up with the Global Warming Deniers. I can barely keep awake. Here’s an example of the trite, and frankly, petulant genre :-

If only the Climate Change Sceptics would just go away and let us get on with the gargantuan task of revitalising the Energy industry around sustainable technologies.

And then we could leave them there to document the Global Warming for themselves, scribble it down and send it back on the food mission shuttle boats. Make sure the sceptics have no access to telecommunications and they’ll be unable to post articles of extreme nonchalance and scorn trying to undermine the most widely evidenced Earth Science there is.

The Science of the Greenhouse Effect was established in 1896, and has never been successfully challenged; so you would have thought by now the Skeptics would have backed away to hide in a paranoid corner of their own obsessive conspiracy theories, wouldn’t you ?

But no, they keep coming back with their zombie arguments, vainly crying for Media oxygen.

Well, that’s all going to stop very soon in Europe, I’m sure. It’s going to get legal. Expect baseless, opinionated, politically-motivated Climate Change Denial to be a thing of the past, or the law courts at least.

Yet while the Fossil Fuel Dinosaur corporations still make the profits to shout louder than anyone else, or rather, play a game of divide-and-rule with us all :-

we’ll be stuck with Global Warming contrarians for a while longer. The prospect is just plain tiring :-

“So the winner, ladies and gentlemen, of the 2009 Christopher Booker prize is ………. John Tomlinson!!!! This week I will be sending him the stunning trophy and the three bars of Kendal mint cake which will hopefully encourage him to embark on the holiday of his lifetime. With the help of this amazing prize, a fabulous career of even greater obscurity awaits him. And that, ladies and gentlemen, is that. There won’t be a 2010 Christopher Booker prize, because I can’t face the thought of wading through all that rubbish again…”

So, here is a possible solution to all this ennui. Help the world by sending a sceptic to Siberia :-

“…The winner will receive…the super soaraway holiday of a lifetime (possibly the final holiday of a lifetime) which the winner will be encouraged to take, and which the Guardian is assisting with a fabulous THREE bars of Kendal mint cake. The intention is to help persuade the lucky recipient to take a one-way solo kayak trip to the north pole, to see for him or herself the full extent of the Arctic ice melt…”

One reply on “Send a Sceptic to Siberia”

What a revealing little fantasy, Jo. So people who disagree with you should be silenced, rounded up and sent to Siberia?

Have you ever considered the possibility that your monomania, combined with your unwarranted self importance, might be symptoms of mental illness?