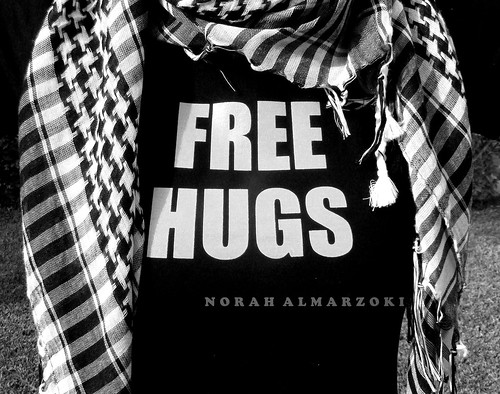 There was a time when I questioned what the mainstream media was for, and I had stopped reading newspapers and watching the television news.

But then came the day that I picked up a copy of The Guardian in Brussels, and I read George Monbiot. He really saved public authorship for me. I found it amazing that somebody would be permitted to communicate their counter-cultural political, social and environmental opinions so openly, so widely. I found hope in his voice – hope for truth, change and progress.

This week, that dream has died.

George Monbiot has made a public declaration of his financial “interests”, in an apparent attempt to encourage transparency. But this exercise has merely made it clear to me that he is totally compromised :-

He’s within his rights to trade his skills for money : money earned by sales of The Guardian, paid for by people who want to read his political, social and environmental narratives; people who are often unpaid grassroots activists or lowly-paid charity staff.

What does this mean for progress, however ? The Guardian operation is clearly just noise : a mouthpiece for views that don’t get aired in other places, ideas that will never be allowed to gain power. Writers like George Monbiot advance their sales and keep the whole caravan rumbling along; but there’s no democratic movement being built by the hawking of its wares.

I remember a short train-interchange conversation I had with David Strahan, the energy writer, once. He seemed to be laughing at my noble altruism when I said I write for nothing. He said he needed to make a living. He lives in Hampstead (translation for Americans : “The Hamptons”).

Maybe I should change my approach. Maybe I should charge for some of the things I write, and put the money into a nationally-owned bank account at the Co-operative Bank, for the purposes of promoting solar power in districts of the UK where there is high unemployment and low incomes (unlike in Hampstead). I could call it the “Van Jones Appreciation Society”.

Well said Jo. A friend replied to me after I sent her his links.

… However I looked 3 times – this “declaration of interests” starts September 2011. Here’s his take in March on Fukushima – the most upside down reasoning I ever heard – perhaps he’d care to post his bank credits then and before. Brown envelopes included.

The sceptic might think this was worth quite a bit.

I will not bother to comment here again or to fill in your questionnaires.

Your May 10th “astroturfing” claim caught the attention of thorium advocates including myself.

Don’t know if you’d care but it is exactly how some nuclear power supporters view the PR efforts directed towards renewable energy.

Here’s a video I created arguing that thorium based energy is our best case for minimizing the damage to come via climate change.

I seriously doubt you’d agree with the opinions expressed… you seem pretty hell-bent against nuclear.

But I want to make it clear a LOT of the people I’ve spoken to share my concerns about global warming. And do NOT think focusing on R&D and reduced energy consumption is going to help society avoid destabilizing climate events.

Is there some sort of coordinated effort to promote new nuclear technologies? Has George Monbiot sold out? I dunno. His articles make sense to me. When he talks about the “double standards” of the environmental movement… well I’d hope you can appreciate there IS a perspective there.

…and it emits far less greenhouse gas than fossil fuels (whole-cost accounting including mining and refining)… well supporting nuclear seems to me a position someone can take without having to be a “sell out”.

But I have to tell you, I don’t think any thorium advocates are impressed by your astroturf claim.

The technology is too different to give any competitive advantage to companies that build PWRs or sell processed fuel. The likely impact is to drive down the cost of energy, and make existing PWRs look uncompetitive both in cost and environmental impact.

There’s no existing industry to profit from this, outside a few new startups. Higher energy costs (not lower) is where the profits are. And replacing solid fuel rods (expensive) with fluoride salts containing thorium (dirt-cheap) will decimate today’s nuclear energy industry’s only remaining profit center… supplying fuel rods to still-operating PWRs.

That LFTR supporters, PWR supporters and IFR supporters all take shots at “renewable” energy has far more to do with the low power density of solar/wind. It takes too much space to generate significant energy. This leads to NIMBY issues, transmission line issues, maintenance issues. Bill Gates TED Talk “Innovate to Zero!” articulates this quite well.

[LINK REMOVED BY AUTHOR TO GET PAST FILTER]

But in terms of money… I seriously doubt, and I’d be happy to wager, that there has not yet been any financing of pro-LFTR activities. The funding is in the form of our free time, and the belief that this is really important.

If you want to learn the difference between today’s nuclear technology and LFTR, this video is the best I can do…

…that took months of my free time. It would take far less of your time to try sit through it.