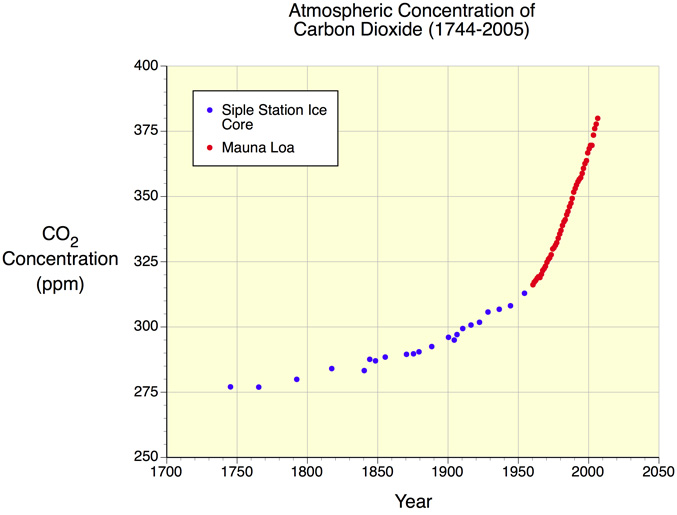 “1. We underline that climate change is one of the greatest challenges of our time…recognizing the scientific view that the increase in global temperature should be below 2 degrees Celsius…”

“2. We agree that deep cuts in global emissions are required according to science…a view to reduce global emissions so as to hold the increase in global temperature below 2 degrees Celsius, and take action to meet this objective consistent with science and on the basis of equity…”

What’s wrong with this target ?

Well, first off, there’s no attempt to indicate a proven and guaranteed mechanism to keep mankind’s emissions low enough to prevent the target being overshot.

And then there’s the question of Climate Sensitivity. There is a time lag; from when Greenhouse Gases enter the atmosphere, up until the full heating at the Earth’s surface (resulting from the Energy imbalance created in the Atmosphere from the Climate forcing).

That means that excess Carbon emissions from mined Fossil Fuels since the dawn of time until about 1980 are responsible for the 0.7 to 0.8 degrees C of Global Warming we have seen until now.

It also means that all humankind’s emissions since around 1980 will be responsible for additional warming.

Looking at the chart of emissions and doing some rough calculations, it appears that even if we stopped emissions today, the Earth will continue to warm by around a further degree C or so, maybe more.

That means that we have effectively bust the Copenhagen Accord already…

…Unless we assert an entirely new kind of target : zero net emissions, from this moment on, right now, as soon as is humanly possible.

Nobody is going to listen to this message, not for a while yet, but eventually it will shout itself from the rooftops.

Our sole aim should be the elimination of net Carbon emissions to the Atmosphere from the burning of Fossil Fuels, deforestation, wildfire, industrial processes, construction and changes in land use.

Zero Net Emissions. It’s not a target, it’s an imperative.

I know most people could not allow themselves to express this goal right now. It’s way too economically unreasonable; it’s politically unfeasible; it’s socially implausible. However, I am confident most will claim this idea as their own in the end.