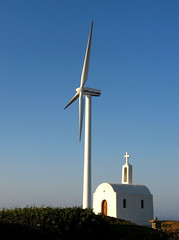 Many Christians continue to perpetuate narratives that are at odds with the Bible, in my humble opinion.

Three in particular annoy me : that the Kingdom of God is only to be reached after death; that God is in second-to-second control of our every robot-slave move; and that God is far away from us in Heaven.

As they say in detective novels, “nothing could be further from the truth”, and there are billions of people of different kinds of faith that can attest to the very opposite of those three unhelpful pieces of theology.

I believe that God is immanent, the Immanuel. He’s here with us, talking to each person in their own language, using their own understanding, in their inner lives. He is the Light of Life, for me, the illumination of everything, the spiritual Sun.

I believe that the Kingdom of Heaven is something present in the here and now, on our home planet, that Jesus explained as community-scale groups of people that show the Love of God for each other.

Love. You know. That’s tolerance, forgiveness, justice, looking after the weak. That’s a truly socialist vision, enacted daily all around the world, through democratic governments and voluntary organisation.

I believe that we are expected to act with due care and a sense of responsibility, because our deeds matter in creating the way the future looks.

My free will, my freedom, to be exercised through choice, should enact my values, based on the facts before me, taking the lives of others into consideration. Someday, I hope to reach maturity, although I doubt I’ll ever be perfect.

In the United States, Senator Inhofe appears to hold onto the hope that man-made Global Warming can’t be real, because God would stop the Earth from over-heating before it became dangerous :-

“Thank God the Senator from Oklahoma is here to promise us that that the Almighty will override at a planetary level the laws of physics He created and simply stop human-emissions of heat-trapping gases from ravaging his Creation. Now if we can only get Inhofe to tell God to stop all cancers and traffic accidents, too…More seriously, the only thing more stunning than the fact that a U.S. Senator – the ranking minority member on the Environment and Public Works committee, no less – would advance such a predeterministic view is that anyone in the media would treat him seriously…fundamentalist, anti-scientific tripe…”

People always look for answers in Genesis (the first book of the Bible), and it is there that the narrative explains that men and women are to be like gardeners in using the Earth for their livelihoods and enjoyment. This idea of stewardship resonates with many people of faith. And none.

And it is this inspiration that might be able to take us from Climate Change denial to Climate Change action, if we can just get through the ideological barricades to critical thought.

To litter is sinful. Your grandma told you, so it must be true. To destroy the atmosphere is evil. To kill all fish is a heinous, unspeakable crime.

If you know one fact, it should be that the rising levels of Carbon Dioxide in the atmosphere, (caused by people increasing the burning of Fossil Fuels and logging of forests), is percolating into the waters of the oceans and threatening all marine life. You are destroying the work of God’s Creation with your seven-seater SUV.

But, because God is still with us, people are tuning in to his broadcast in increasing numbers.

I see the rise in investment in Renewable Energy as evidence that God is very much at work through the dialogue of relationship with millions of individual people.

As they learn, their hearts burn to do the right thing, the best thing.

Although 31% of Americans don’t believe in Global Warming, the Church of England owns enough land to advance Renewable Energy projects.

This is an unfolding story, a narrative of the greening of Christians (and other faith groups) (and none) worldwide. And the Anglicans are on it. Watch this space.

God had never left us here, he/she is within and around us. It was the daily choices everyone of us made which shaped our past, present and will create our future.

As soon as we make every decision from LOVE (not selfhish love), from the understanding of the inter-connectness of all living things – or should we call it the creation of God, should we see a great and quick change of our outer environment.

It will be the day all will have peace, happyness, abundance. We will see Lions befriend of lamb, all people are vegans – no God’s creature will ever be abused, explored for food, clothing, furniture, medicion or entertainment… All life form are thriving in this beautiful ‘Haven’ on earth. It’ll be the day God’s Will – everyone of us’ will of LOVE – be done.

Peace be with you brothers / sisters.

It doesn’t really surprise me that someone who was indoctrinated to believe in an omni-present supernatural being who knows all our thoughts and feelings, could so willingly buy in to the ‘religion of the 21st century’ so easily.

You should try free-though some time. It’s great.

last sentence should read *thought, not ‘though’