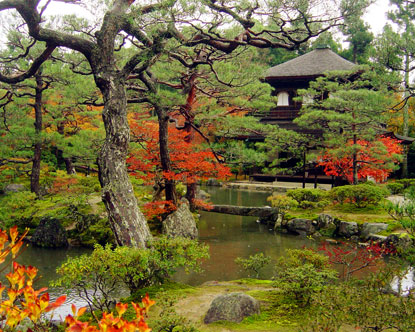 A signpost for the good sense of this idea can be seen in the Montreal Protocol – which was designed to deliver reductions in ozone-depleting gases reaching the high atmosphere – but had the added bonus of controlling some of the worst industrial Greenhouse Gases.

Combination approaches to various problems could help get policy on Climate Change embedded into environmental law as part of a package of regulations.

With the levels of ecological damage currently being experienced, it may not be necessary to consider Global Warming in isolation from other environmental policy issues.

Charles Windsor, the son of the British reigning monarch, has raised the problem of over-fishing on the world public stage.

Quotas are the obvious answer, as long as overcaught fish are not being thrown back dead into the sea.

But, even when we get the over-fishing problem under control, there are other damages that need to be contained.

Run-off – pollution caused by the leaching of agricultural chemicals into the waterways – is contributing to what are known as “dead zones” in the mouths of rivers and in areas of the coastal seas.

The run-off changes the balance of the chemistry in the seawater, and it promotes the growth of bacteria and other organisms whose waste products are starving the water of oxygen.

Increased humankind emissions of Carbon Dioxide is causing the oceans to acidify as the mixing zone between the air and the sea causes more Carbon Dioxide to be taken up into the top waters.

Acidifying ocean water is damaging the ability of phytoplankton to maintain their populations, reducing the planet’s atmospheric oxygen balance and reducing how much Carbon Dioxide can be permanently stored in the oceans.

Acid ocean contributes to the severity of the dead zones.

So, in order to protect edible sealife, and oxygen levels, it is necessary to lower humankind Carbon Dioxide emissions and agricultural chemical use.

Changing the way agriculture is done leads on to the next batch of interlocked problems.

The use of agricultural chemicals over the last century has helped to boost crop yields, but it has done lasting damage to soils and biodiversity.

Petrochemical-based fertilisers have caused high levels of crop growth but at the expense of de-nutrifying the soils and increasing water extraction for irrigation.

In many parts of the world, “fossil water” from aquifers hundreds or thousands of years old has been plundered, with little hope of refreshing the sources.

Climate Change is already having a demonstrable effect on the availability of fresh water, through changes in wind patterns and changes in rainfall amounts and timings.

Drought and changes in the availability of water are affecting a further area of concern.

One of our major Carbon stores on Earth comes in the shape of large clumps of trees.

Well-managed and replenished trees are also useful as a source of Carbon-neutral Biomass energy.

Deforestation is a major issue, for example in Brazil, where rainforest still continues to be threatened by the farming of soya to feed cattle, and the farming of cattle to feed hamburger addicts the world over.

In Indonesia and Malaysia, the governments were persuaded to allow palm oil plantations to be grown to supply cheap BioDiesel to European markets, in the process destroying much rainforest.

In the industrialised Northern Hemisphere, we still haven’t solved acid rain, even though it has been curbed extensively, because we are still burning fossil fuels.

Climate Change will only add to the impact on forest sustainabililty from other stressors, by aiding the migration of pests, reducing available freshwater, so acid rain cannot be dealt with on its own.

Climate Change is a major threat to the effectiveness of practically every other environmental policy.

Here’s an example of suggestions based on well-rounded analysis, one of the examples of Science showcased in the book “Merchants of Doubt” by Naomi Oreskes and Erik M. Conway :-

“Ecosystem Thinking in the Northern Forest—and Beyond : GENE E. LIKENS AND JERRY F. FRANKLIN : Regionally based, collaborative efforts from diverse stakeholders are critical to identify and address diverse and complicated environmental challenges. We present here an example from the Northern Forest Ecoregion of the northeastern United States and southeastern Canada, which currently is being degraded by a variety of simultaneous environmental impacts, including acid rain, fragmentation of landscapes, mercury and salt pollution of water resources, invasive alien species and diseases, and climate change. We propose five sustained, multigenerational actions to protect and restore the vital ecosystem functions of the Northern Forest Ecoregion…”

Just as the Montreal Protocol has been beefed up to help with tackling further Greenhouse Gases, so perhaps other conventions, protocols, treaties and trade agreements could be given the muscle to help with preventing dangerous Climate Change.